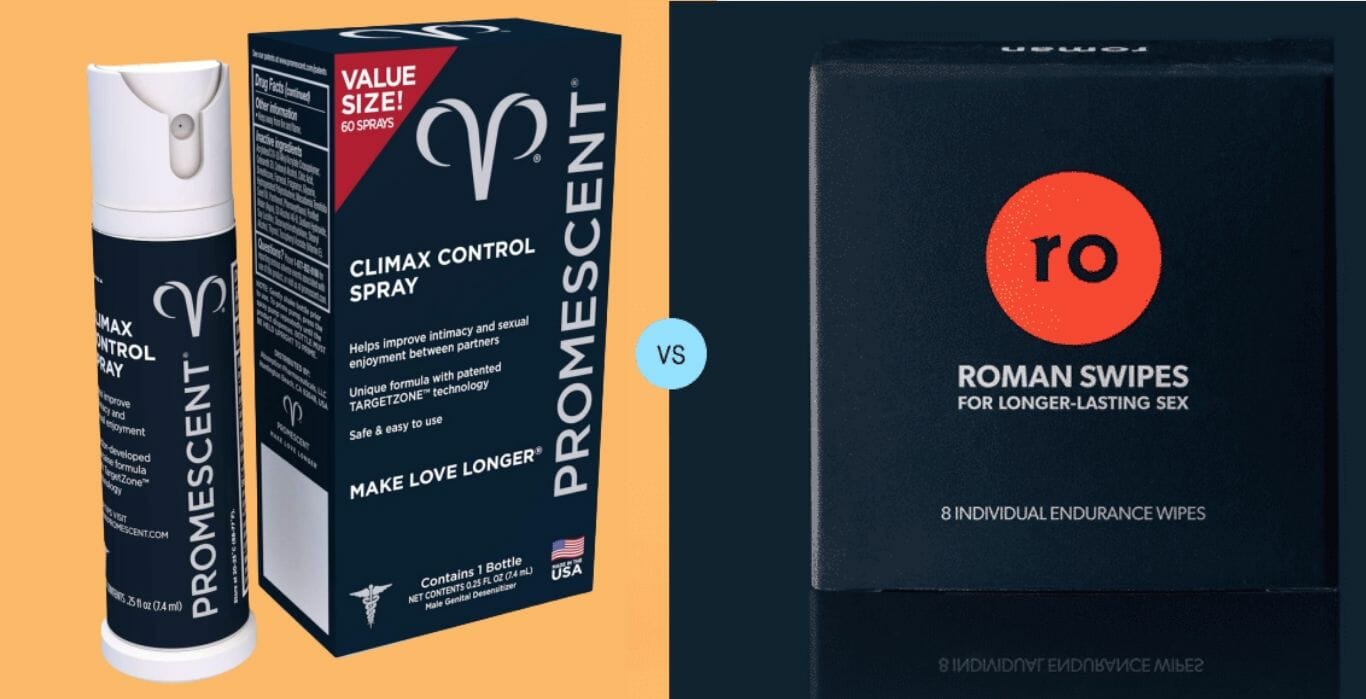 The Better Solution To Premature Ejaculation

Sex is not just about the interaction between two bodies but is one of the most pleasurable and thrilling experiences a human being can enjoy in the whole world.

No one likes to be late, unless when it comes to ejaculation. Premature ejaculation doesn’t just ruin the intimate moment with one’s partner, but it also shatters a man’s self-respect.

However, you’ll be surprised to hear that Premature Ejaculation is actually a very common problem occurring in up to 39% of males in the general population, yet men have always chosen to keep quiet about it and have preferred keeping it their bedroom secret.

There needs to be a solution to the problem without awkward doctor visits, without prescriptions, and without all the embarrassment!

Remember, you can do this! Think happy thoughts. PE Treatments to Help You Last Longer in Bed.

This is where saviours like Promescent Climax Control Spray and Swipes by Roman come to the rescue, to make sure we don’t come.

To boost the performance during the sexual activity the Promescent Delay Spray and Roman Swipes Play a huge role.

So the best we can do is compare the two to find out which one is our true hero we can take a stand for. Puns intended.

Promescent is a US-based company with its prime mission to improve the sexual relationship between individuals and to make the overall sexual experience enjoyable,  memorable, and pleasurable for both partners.

Promescent has a lot of products in the market linked to the sex industry, such as lubricants, condoms, supplements, etc.

It is basically a 10mg lidocaine spray which helps to extend the ejaculation latency time and therefore makes the act of sex more pleasurable and long-lasting.

Promescent is formulated with lidocaine, a common local anaesthetic that is absorbed by the skin.

The best part is you do not need a doctor’s prescription to purchase it. If you have the problem of Premature Ejaculation you may purchase the Promescent Delay Spray or you should!

How to use Promescent Delay Spray?

The application of the delay spray is very quick and easy and Promescent claims that 95% of their users agree that its application is not only easy but also doesn’t interfere with their overall sexual experience. For men hoping to last longer during sex, the two areas where you should apply the spray.

To use the spray, one simply needs to first give a gentle shake to the bottle before each use.

Then he needs to apply three to ten sprays on the most sensitive parts of the penis, which could include areas like the frenulum, the bottom part of the glans or the head, and the shaft.

For a few people, just a single spray or two does the magic while for the rest, six to eight sprays are needed for ultimate ejaculation delay.

Also, the best thing about this Delay Spray is that you don’t need any prescription or in other words, you can use Promescent Spray without a prescription.

On Promescent’s official website, they also have a 2-minute detailed tutorial video on how to apply the spray, which is highly informative.

Promescent appears to delay ejaculation effectively for many people.

How long does Promescent Spray last?

The effects of the Promescent Climax Control Spray can last up to an entire hour, which actually depends on the number of sprays used i.e amount of solution applied.

Can Promescent be used for the purpose of Oral Sex?

The answer is an absolute yes! In case of oral sex, the spray can be used ten minutes before the act, then it can be wiped with a damp towel and voila, you’re ready to go!

How much do Promescent Delay Spray Cost?

How is Promescent Delay Spray Shipped?

All Promescent products are shipped absolutely discreetly. They arrive at the customer in a non-descript package without mentioning the name of the product or the company anywhere on the package.

Promescent ships their products all across the world via FedEx International Express with the required shipping charges based on the region, and ships all across the US via USPS First Class mail for free, in the case of standard delivery.

Roman Swipes on the other hand is another incredible product that has been found to be very effective in treating Premature Ejaculation in men.

Roman is a U.S.-based company with its mission to improve men’s and their partner’s lives by producing high-quality health care convenient and accessible to all.

Roman is an all-rounder who deals with problems not only related to sexual health but also issues related to Daily Health, Hair, Skin, Allergies, etc.

Swipes by roman are one of its products that is useful in the treatment of premature ejaculation.

Roman swipes are basically convenient, over-the-counter wipes which are clinically proven to help men last longer in bed by wiping the penis with it.

The wipes contain 4% benzocaine which significantly reduces over-stimulation, but at the same time doesn’t affect the sensation altogether, thereby improving a man’s endurance in bed. They can also be easily purchased without prescriptions.

How to use Roman Swipes?

Using Roman Swipes is very easy. All you need to do is tear apart an individual sachet containing a wipe and take it out.

Then you need to simply use the wipe and apply it to the most sensitive parts or areas of the penis, such as the shaft and the head.

After using the wipe, you need to give it around five minutes to dry up, and that’s it! You’re good to go.

How long does the effect of Roman Swipes last?

The duration of the Roman Swipes’ effects is variable, although with time an individual will understand how much to apply and where to apply for maximum endurance.

Usually, the effect of each wipe lasts up to 20-30 minutes.

Can Roman Swipes by used for the purpose of oral sex?

Roman Swipes can absolutely be used for the purpose of oral sex. All you need to do is wait for five minutes after applying it to the penis in order to let it dry so that there’s no weird taste or smell for your partner.

Once you wait for five minutes, then there’s no more waiting!

How much do they cost?

Roman Swipes can be purchased on the basis of a subscription package.

The quarterly subscription package can be availed at $22 per month, which provides you with three packs (a total of 24 wipes) per month.

The monthly subscription package can be availed at $27 per month, which provides you with one pack (8 wipes) per month.

Roman Swipes also provides you with an introductory offer of a discount of $10 for the first month of subscription.

How is the product shipped?

All Roman products are shipped in completely discreet boxes, with all the wipes in single-use disposable packs.

The packs are not childproof, however, childproof packs can be provided on request. Every order is shipped 2 Day Air to make sure it gets delivered as quickly as possible.

Mail forwarding addresses and postal boxes however will receive the orders via standard postal shipping and not within 2 Day Air.

Not lasting long in bed is a problem which one can laugh out a couple of times, but when it happens every single time, it is bound to ruin not only the special and intimate moment shared between a man and his partner but also ruins the relationship between them. Ruined sex life can indeed at times turn into a ruined relationship.

Both the products seem to function very effectively in treating Premature Ejaculation in men.

However, out of the two products, we prefer Promescent Climax Control Spray as the better solution, over Roman Swipes, simply because of three reasons.

Firstly, Promescent Climax Control Spray is more convenient and easy to use in comparison to Roman Swipes, as it is just a small 10mg spray container that is very compact and would hardly take up any space in one corner of your denim pocket.

At the same time, using it is also easier as all you need to do is spray it on the most sensitive parts of your penis and that’s all.

In the case of Roman Wipes, you not only need to dispose of the packs and the wipe after use which is a hassle in itself but also need to apply the wipe on the sensitive areas of the penis with your hands.

In such a scenario, the spray is more convenient and easy to use.

Secondly, the cost of Promescent Climax Control Spray is significantly lesser than that of the Roman Swipes.

Finally, the prime purpose of such topical medication is to extend the ejaculation latency.

In conclusion, Promescent’s Climax Control Spray is the clear winner for us, and we also want you to be a winner and keep standing strong.

The spray works differently and is better to use as well as easy to apply.

However, choices and preferences can differ from person to person as all that counts at the end of the day is what makes you last longer with the utmost satisfaction and pleasure in the experience of your union. What exactly is Premature Ejaculation?

It can be characterized by the lack of ability of a man to delay the orgasm, to such an extent that it leads to irritation and frustration among both the partners involved in the sexual act.

Is the Premature Ejaculation treatable?

Absolutely yes! Premature Ejaculation is a very common problem and many men have been treated and recovered from this problem through several methods such as by the use of prescription medication, over-the-counter topicals, behaviour modification, or simply by a combination of all these treatments. 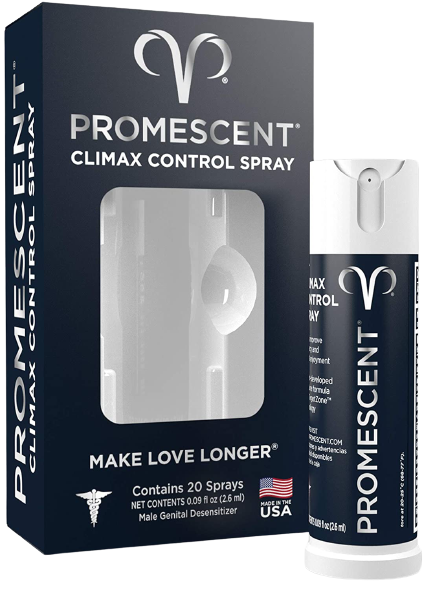 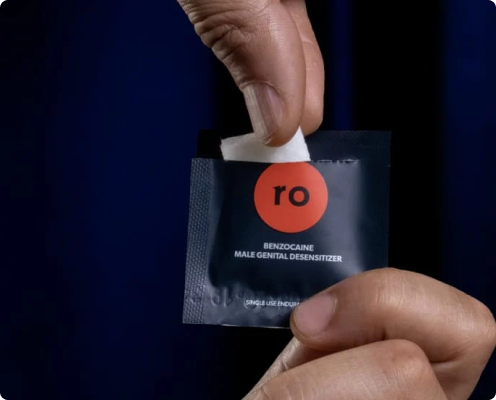